The icon format introduced with Android 8.0 Oreo is fully supported and available for any Android device! Adaptive icons means not only customizable shapes but also beautiful and bigger icons!

Apps are automatically sorted in categories, you won’t need to waste time organizing your icons anymore!

Designed to be used with one hand

We moved the items you need to interact the most in the bottom part of the screen where they are easier to reach.

The Smart Launcher search bar allows to quickly find contacts and apps or to perform actions like searching on the web, adding a contact or performing a calculation.

The built-in widget has been redesigned to show info like alarm, next event and weather. 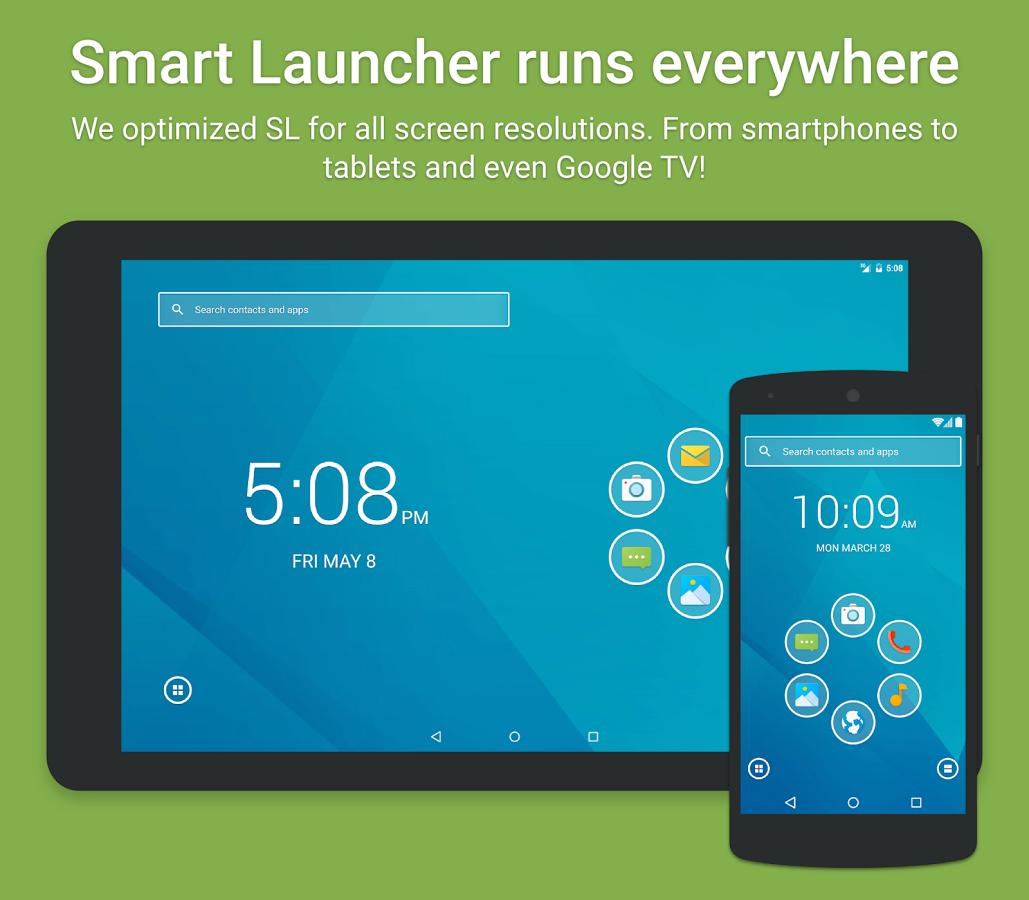 Smart Launcher will now show you which apps have active notifications without requiring to download an external plugin. This makes the feature more stable and reliable.

Both gestures and hotkeys are supported and configurable. You can turn off the screen with a double tap or show the notification panel with a swipe.

Smart Launcher is completely customizable thanks to many options. Hundreds of themes are available to downloads and icon packs are fully supported

You can hide the apps you want and if you want to keep them secret, you can protect them with a PIN.

Smart Launcher includes a very efficient wallpaper picker that allows you choose between many sources of pictures. You can also backup your wallpaper before to try a new one!

Smart Launcher is community-driven project, regularly updated with new features to support the most recent Android APIs and new devices. You can join our community and find out how to become a beta tester using this link: https://plus.google.com/communities/114803489211052363907