In this 5-10 minute tutorial, we'll customize the Visual Studio color theme by selecting the dark theme. We'll also customize the colors for two different types of text in the text editor.

If you haven't already installed Visual Studio, go to the Visual Studio downloads page to install it for free.

If you haven't already installed Visual Studio, go to the Visual Studio downloads page to install it for free.

We explored just a couple ways of customizing the colors in Visual Studio. We hope that you'll explore the other customization options in the Options dialog box, to truly make Visual Studio your own.

Image use in Visual Studio

Before creating artwork, consider making use of the 1,000+ images in the Visual Studio Image Library.

Visual Studio uses modern-style icons, which have clean geometry and a 50/50 balance of positive/negative (light/dark), and use direct, understandable metaphors. Crucial icon design points center around clarity, simplification, and context.

Visual Studio has within its UI a wide variety of icon types. Carefully consider the icon type during development. Don't use unclear or uncommon UI objects for your icon elements. Opt for the symbolic in these cases, such as with the Smart Tag icon. Note that the meaning of the abstract tag on the left is more obvious than the vague, UI-based version on the right: 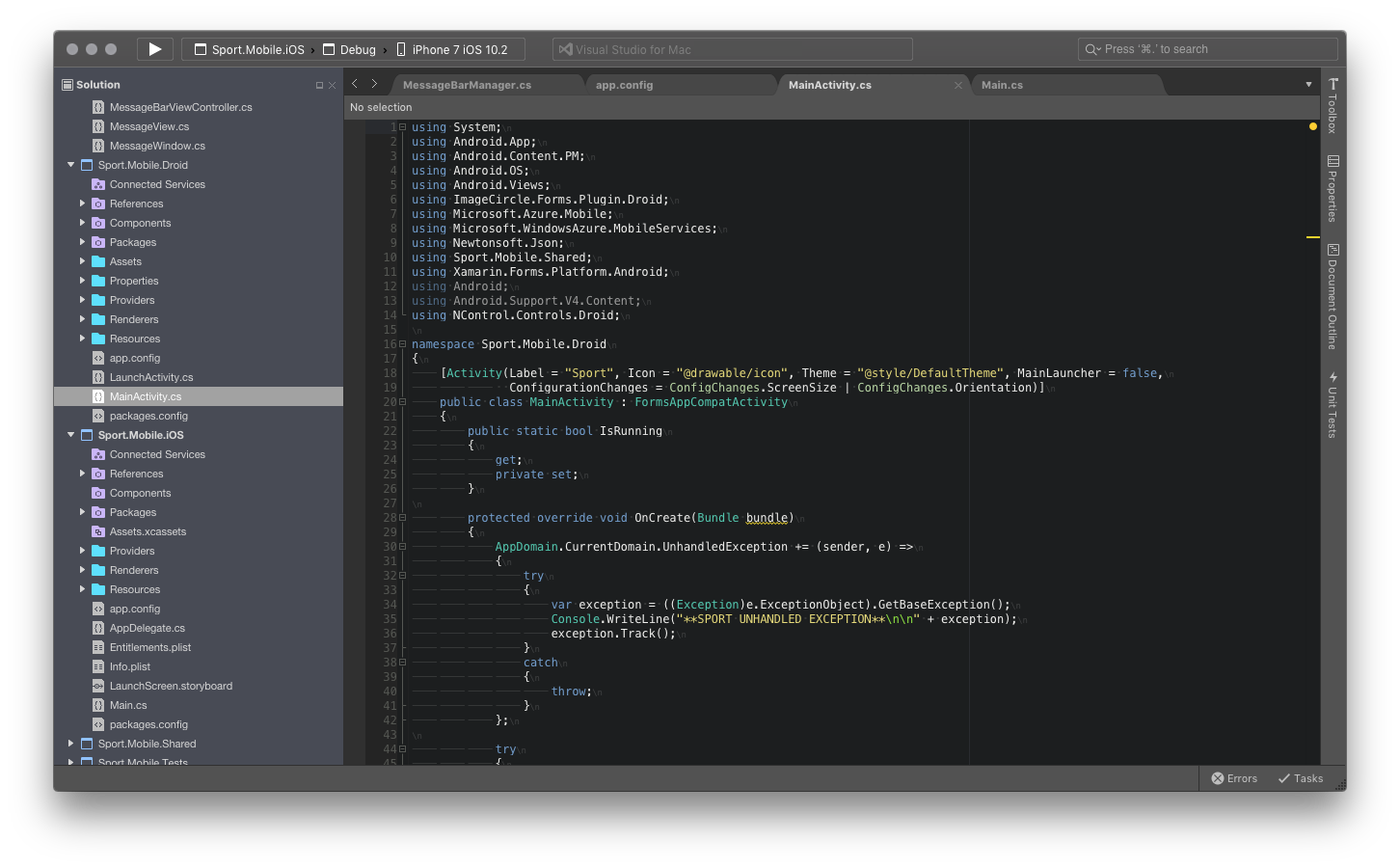 There are instances in which standard, easily recognizable UI elements do work well for icons. Add Window is one such example:

In tree views, do not use both the folder icon and a modifier. When available, use only the modifier.

Status notification elements are better used as standalone icons. There are contexts, however, in which a notification should be stacked on the base element, such as with the Task Complete icon:

Project icons are typically .ico files that contain multiple sizes. Most 16x16 icons contain the same elements. The 32x32 versions have more details, including the project type when applicable.

Center an icon within its pixel frame. If that is not possible, align the icon to the top and/or right of the frame.

Icon centered within the pixel frame

Icon aligned to the top right of the frame

Icon centered and aligned to the top of the frame

Ensure size parity for icons that share elements and are used in sets. Note that in the incorrect pairing, the circle and arrow are oversized and don't match.

Use consistent line and visual weights. Evaluate how the icon you are building compares to other icons by using a side-by-side comparison. Never use the entire 16x16 frame, use 15x15 or smaller. The negative-to-positive (dark-to-light) ratio should be 50/50.

Use simple, comparable shapes and complementary angles to build your elements without sacrificing element integrity. Use 45째 or 90째 angles where possible.

Keep the icon clear and understandable. Use perspective and a light source only when necessary. Although using perspective on icon elements should be avoided, some elements are unrecognizable without it. In such cases, a stylized perspective communicates the element's clarity.

Most elements should be facing or angled to the right:

Use light sources only when adding necessary clarity to an object.

Use outlines only to enhance legibility or to better communicate the metaphor. The negative-positive (dark-light) balance should be 50/50.

Shell and command bar icons consist of no more than three of the following elements: one base, one modifier, one action, or one status.

Tool window command bar icons consist of no more than three of the following elements: one base, one modifier, one action, or one status.

Tree view disambiguator icons consist of no more than three of the following elements: one base, one modifier, one action, or one status.

IntelliSense icons consist of no more than three of the following elements: one base, one modifier, and one status.

Small (16x16) project icons should have no more than two elements: one base and one modifier.

Large (32x32) project icons consist of no more than four of the following elements: one base, one to two modifiers, and one language overlay.

All new UI elements should be created using Windows Presentation Foundation (WPF) and all new icons for WPF should be in 32-bit PNG format. The 24-bit PNG is a legacy format that does not support transparency and is therefore not recommended for icons.

Save the resolution at 96 DPI.

The smallest icon size in Visual Studio is 16x16. The largest in common use is 32x32. Keep in mind not to fill up the entire 16x16, 24x24, or 32x32 frame when designing an icon. Legible, uniform icon construction is essential to user recognition. Adhere to the following points when building icons.

Visual Studio compliance guidelines require that all icons in the product pass the accessibility requirements for color and contrast. This is achieved through icon inversion, and when you are designing, you should be aware they will be inverted programmatically in the product.

Icons in Visual Studio are primarily monochromatic. Color is reserved to convey specific information and never for decoration. Color is used:

Visual Studio compliance guidelines require that all icons checked into the product pass the accessibility requirements for color and contrast. Colors in the visual language palette have been tested and meet these requirements.

In order to make icons appear with the correct contrast ratio in the Visual Studio dark theme, an inversion is applied programmatically. The colors in this guide have been chosen in part so that they invert correctly. Restrict your use of color to this palette, or you will get unpredictable results when the inversion is applied.

Examples of icons that have had their colors inverted

All standard icons contain three base colors. Icons contain no gradients or drop shadows, with one or two exceptions for 3D-tool icons.

In addition to the base colors, each icon may contain one additional color from the extended palette.

The four colors below indicate the types of actions required by action modifiers:

Green is used for positive action modifiers like 'Add,' 'Run,' 'Play,' and 'Validate.'

Red is used for negative action modifiers like 'Delete,' 'Stop,' 'Cancel,' and 'Close.'

Blue is applied to neutral action modifiers most commonly represented as arrows, like 'Open,' 'Next,' 'Previous,' 'Import,' and 'Export.'

Dark gold is primarily used for the 'New' modifier.

In special cases, a colored action modifier may be used independently as a standalone icon. The color used for the icon reflects the actions that the icon is associated with. This use is limited to a small subset of icons, including:

Each of the common languages or platforms available in Visual Studio has an associated color. These colors are used on the base icon, or on language modifiers that appear in the upper right corner of compound icons.

Examples of icons with language modifiers

IntelliSense icons use an exclusive color palette. These colors are used to help users quickly distinguish between the different items in the IntelliSense popup list.

In general, Visual Studio Online consists of features hosted in a browser. The color varies in different environments, but the style remains the same.